So a lot of you hate wearing helmets and although its LAW, we still see a lot of people not wearing them. This guy is wearing what is being called the Invisible Helmet. I like it, if I was that city commuting guy I would definitely rock this but not too sure what it would be like for MTB riding, although in the video clip it looks like it works well. 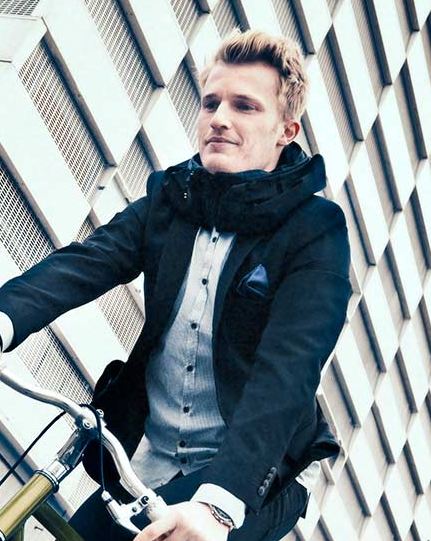 I found these guys on line today and its an amazing invention and the costs are apparently around $600 a unit which really isn’t that bad.

Probably not that comfy in our summer but really cool for cities were you commute and don’t want to mess your hair up. 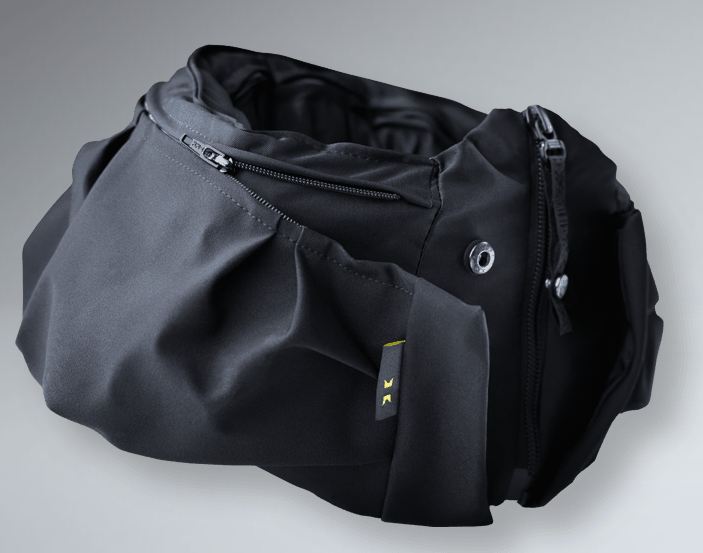 This is what it would look like if it is engaged and ready to protect you. The website says :

The airbag is designed like a hood and made in an ultra-strong nylon fabric that won’t rip when scraped against the ground. Hövding protects nearly all of the head, while leaving the field of vision open.

The inflated airbag covers a much larger area than a traditional cycle helmet and is designed according to current accident statistics. The protection is greatest where it is needed most and the airbag provides extremely soft and gentle shock absorption. The pressure remains constant for several seconds, making it able to withstand multiple head impacts during the same accident. After that the airbag slowly starts to deflate. 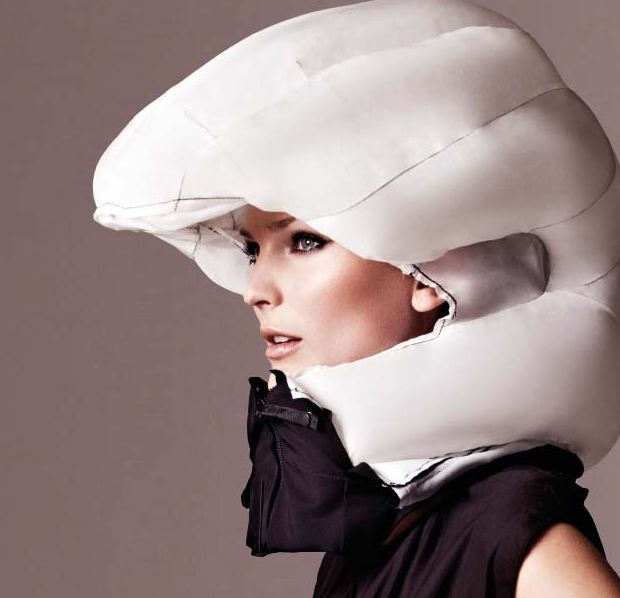 You can see the website here, the company is called Hovding and I give them a standing slow clap for taking things to the next level.