As London developed its Tube network, it left behind several stretches of tunnel that currently stand unused and unloved. A new project would bring these dank places back to life, creating new routes for cyclists and pedestrians.

The concept is called The London Underline and it was developed by the Gensler architecture and planning group. “London has a rising population and there’s an ever greater pressure on infrastructure. So we thought we could use the tunnels in some meaningful way,” says Ian Mulcahey, co-director of Gensler London.

For the full story , see the full website HERE 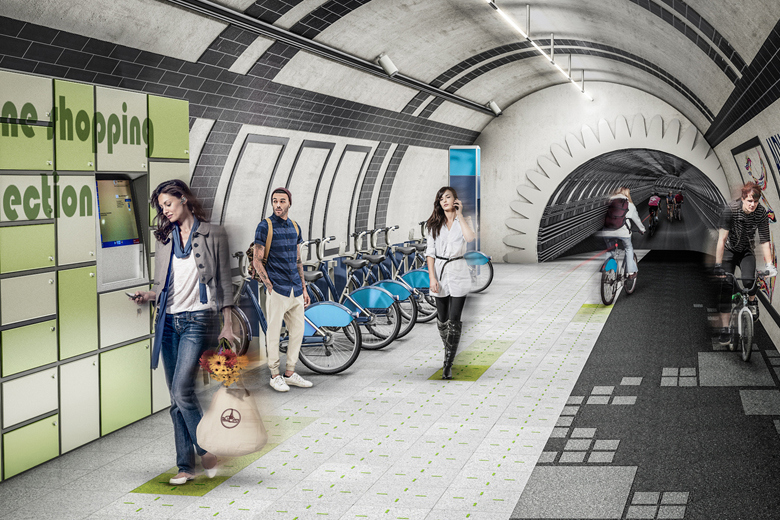