Human Beings amaze me, constantly..Do you stand for something ?

So before you go and do the normal reaction and judge these next few people. Take a minute to think what have you dedicated yourself too ? Anything ? That you have put your heart and soul and often loads of time and money into.

These people amaze me as to me they are 100% committed to something which I respect and I can appreciate just how much time and money went into some of these, I’m not saying I would do it myself, but I admire them for their absolute passion and conviction to their cause.

If anything it should make you ask what are you so committed to ? What do you stand for ? And if you cant think of anything then maybe you should start to work on something. Find meaning and direction in this otherwise crazy rat race we survive in.

Maria Jose Cristerna
Maria has spent years perfecting her look, and also being a mother of four, a tattoo artist and former lawyer! 90% of her body is tattooed and modified with subcutaneous implants, titanium horns, dental “fangs” and numerous facial piercings. She a true human hybrid!

Matt Gone
Matt himself is the artist here, tattooing 98% of his body including his tongue. He claims his tats cover a rare birth defect, called Poland’s muscle syndrome. Since this photo was taken Matt’s surprisingly inked the white parts of his eyes! 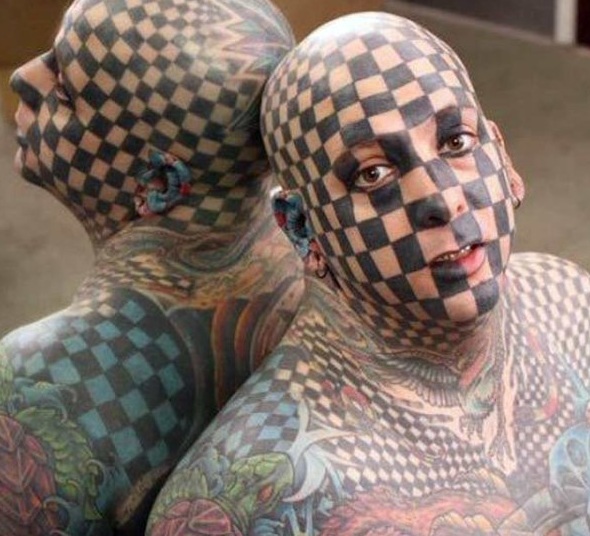 Tom Leppard
The British former soldier was coined by the Guinness Book of World Records as being the world’s most tattooed man. 99.2% of his body is covered with Leopard spots. At age 73 he moved to a small town after being a hermit, and he says he’s now quite a “tourist attraction”. 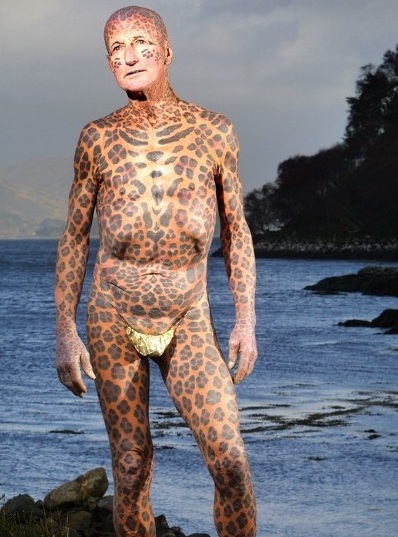 Eric Sprague
The Lizardman, is a freak show performer and musician. He sports sharpened teeth, full-body tattoos of green scales, bifurcated tongue, subdermal implants. Rumor is that his pursuit of a tail implant was impossible, he’ll just need to wait to see what technology brings. 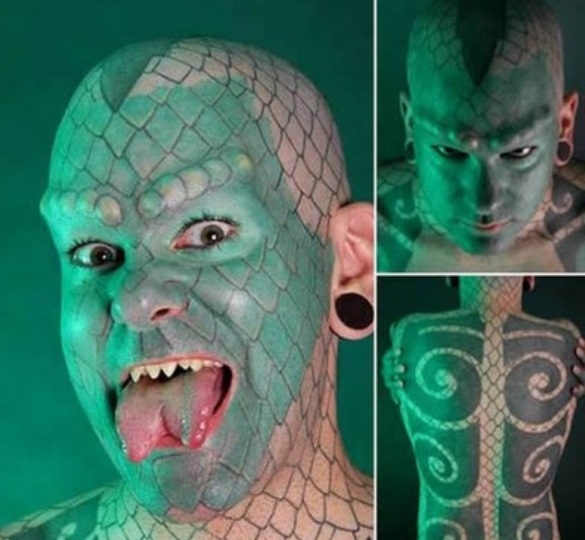